Detecting threats and escaping before serious confrontations are important for animals to avoid danger and death. Transient receptor potential ankyrin 1 (TRPA1), a member of the TRP superfamily, is expressed in a subset of sensory neurons and mediates nociception evoked by pungent chemicals. Using behavioral testing, we found that TRPA1 knockout mice failed to avoid entering a chamber filled with vapor of formalin, allyl isothiocyanate, and acrolein. The avoidance behavior was blocked by nasal but not subcutaneous administration of a blocker to TRPA1. We also found that TRPA1 knockout mice did not wake when exposed to formalin during sleep. Additionally, the spinal trigeminal nucleus, the first relay neurons of the trigeminal system, showed massive expression of c-Fos after a brief (3 min) exposure to formalin vapor. TRPA1 seems to be a sentinel for environmental chemicals and induces avoidance behaviors and waking by way of the trigeminal system. 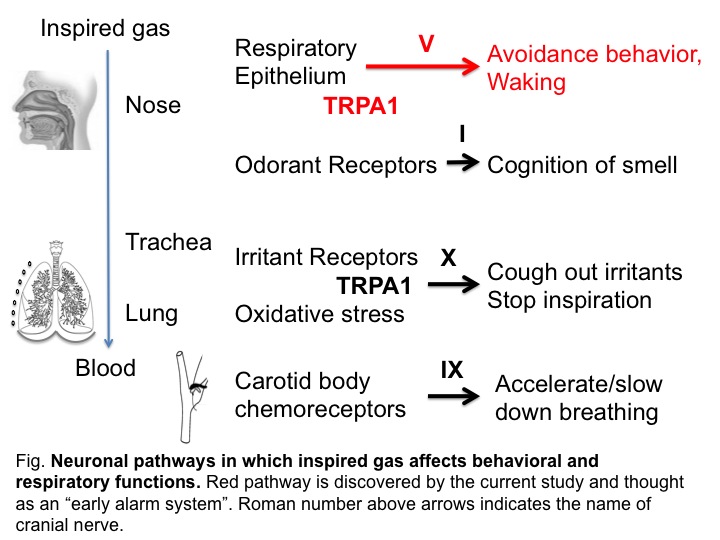