The basal ganglia control voluntary movements through three pathways: the direct, the indirect and the hyperdirect pathways (Figure A). Our previous study showed that ablation of striatopallidal neurons in the indirect pathways (circled by red dashed lines in Figure A) by transgenic mice technique induced motor hyperactivity. In the widely accepted model of the basal ganglia, the direct pathway is supposed to suppress the activity of the output station, the substantia nigra pars reticulata (SNr). On the other hand, striatopallidal neurons are supposed to activate the SNr generally and suppress motor activity. 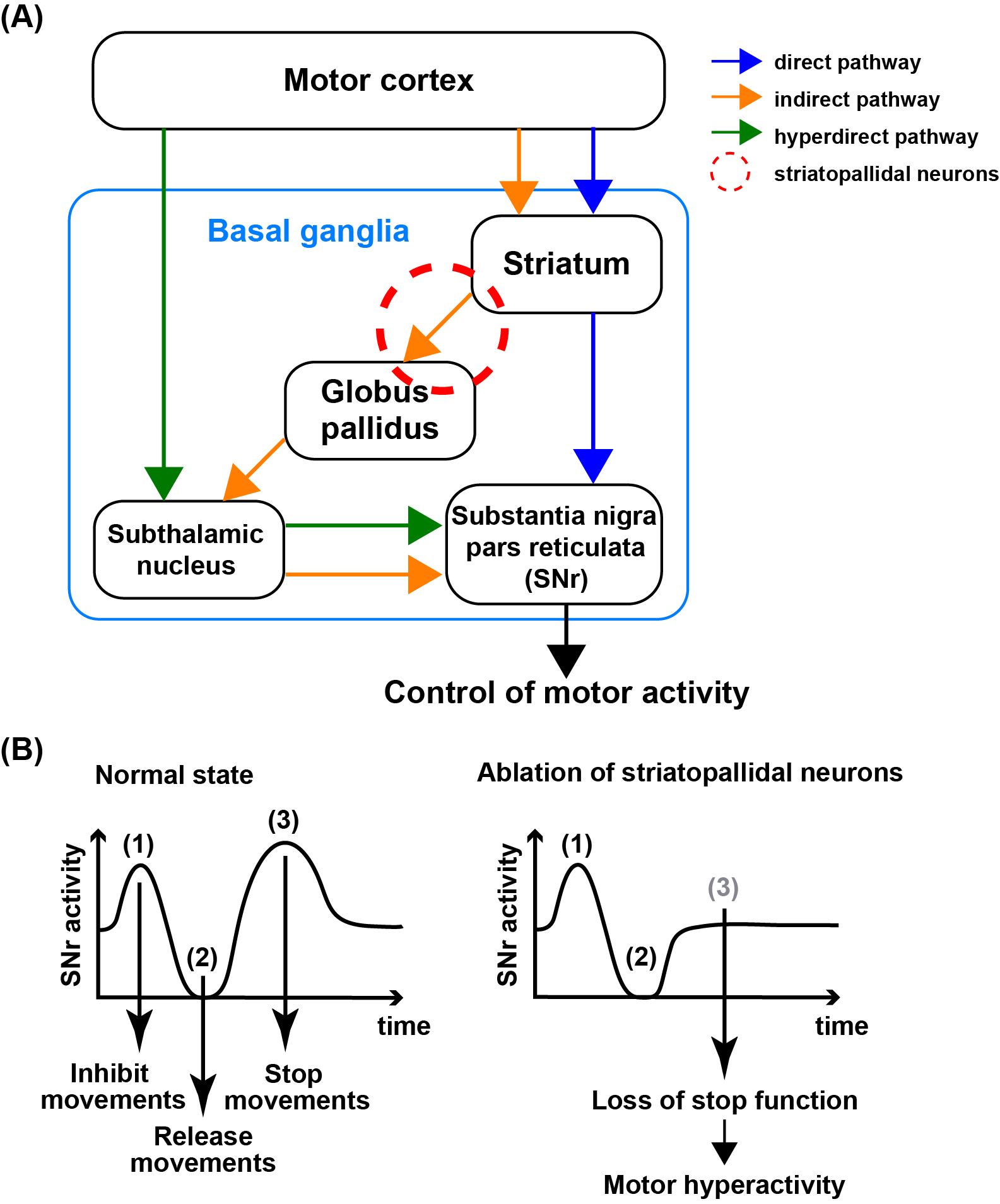 (A) The current model of basal ganglia circuitry.

The three pathways exert different effect on activity in the substantia nigra pars reticulata (SNr) and control of movements.

(B) Phasic late excitation in the SNr plays a key role to stop movements.